On June 1st, a Queens pizza deliveryman was arrested at Fort Hamilton Army Base and handed over to ICE. His name was Pablo Villavicencio Calderon, an undocumented immigrant without a criminal record and father of two. After the story of his detainment broke, Bay Ridge residents mobilized to stand in solidarity with Pablo against Immigration and Customs Enforcement. They gathered in John Paul Jones Park on the evening of June 6th, with speakers and a march toward 86th street. Near 87th street a nonviolent act of civil disobedience by seven nearby residents blocked traffic on 5th Avenue for four minutes, and the rally continued in an unattended parking space.

On today’s episode, we’ll bring you recordings of your fellow neighbors, activists, and friends. Listen in to the impassioned speeches made by those in attendance as we document the march and bring you back to that day.

Another action will be held in solidarity with Pablo on July 19th, one day before his scheduled court date, from 5:30 pm to 7:30 pm. It will take place in front of the Fort Hamilton Army Base. You can RSVP on Facebook.

Not In Our Neighborhood #FreePablo﻿﻿﻿

We mention at the top of the episode there are some excellent resources to understand what ICE is, and what the phrase “Abolish ICE” actually means in a policy and historical context. You can check out the Vox article we mention, or look at some other sources. The Week does a quick rundown on the inefficiency and lack of oversight in ICE’s operation. The article calls the Abolish ICE movement as a rare push by the Left for smaller, more efficient government. Finally, the NY Times has an article that links to the news stories the Left has been reacting when it comes to ICE’s abuses.

Erik makes note that the punishments for failing to voluntarily deport can often be as light as a fine. This comes from U.S. Code § 1253 – Penalties related to removal. Pablo also failed to qualify under the criminal statutes. However, depending on the outcome of his next court appearance, he will be placed under a harsh legal guideline with little room for interpretation by a judge or attorney general.

Surveillance was a topic we discussed in our very first episode.

We briefly mentioned the intense surveillance that the Arab-American community has been under since 9/11 in Bay Ridge. The NYPD had set up a notorious spy operation known as the “Demographics Unit” to spy on our neighbors. It was shut down by a lawsuit but keeps going in other forms. Infiltration of religious centers and nonprofits, tailing and following our neighbors, and more, have occurred. Unlike the surveillance programs against other criminal enterprises, the spying on Arab-Americans was so intense the NYPD overturned 30-year-old civil rights laws in order to target them based on Religion. Doing so was unconstitutional. Other tactics included X-Ray scans of peoples homes and cars without a warrant.

While setting the scene, we quickly make a few statements about Pablo’s arrest on the base.

Scenes from the Protest 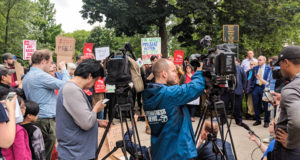 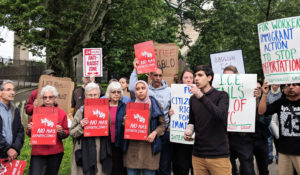 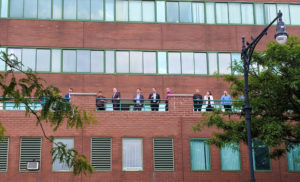 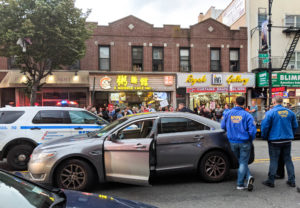 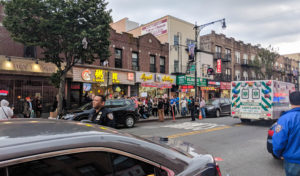 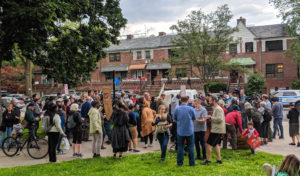 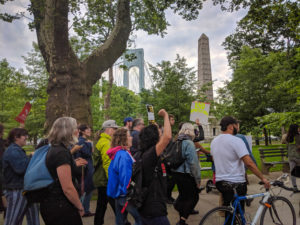